This is the English forum for all topics related to KeyWarrior. Please post in English only

Today we received the first KeyWarrior100 Eval boards from production. We will do some final testing and release it next week.

The KW100EVAL has all the signals neatly grouped, so it is easy to set up a keyboard prototype. It also has the lock LEDs and a RGB LED (connected to the three PWM outputs) on board.

And yes, they are black, because it looks cool. 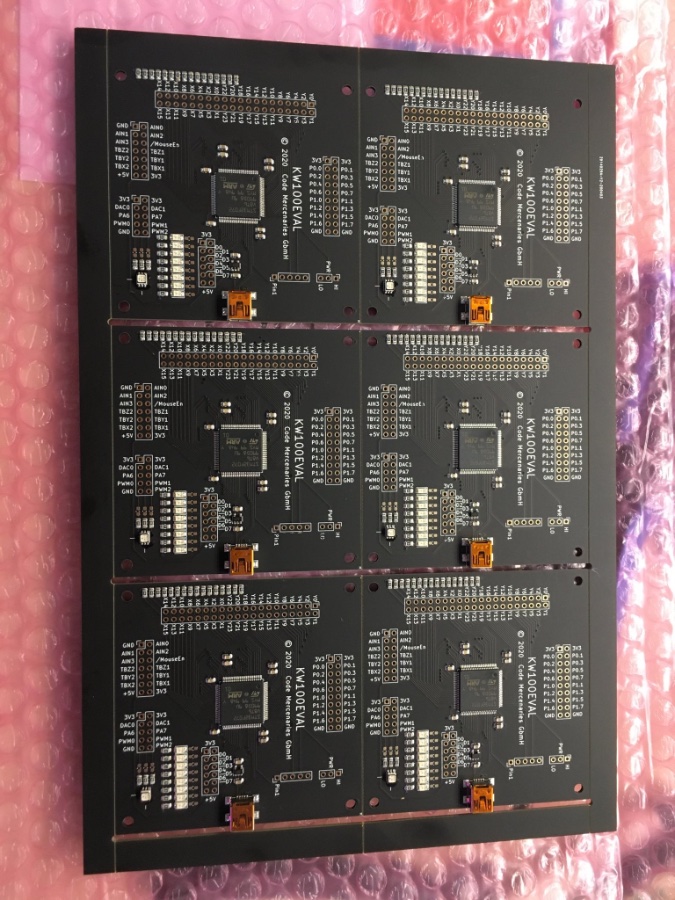